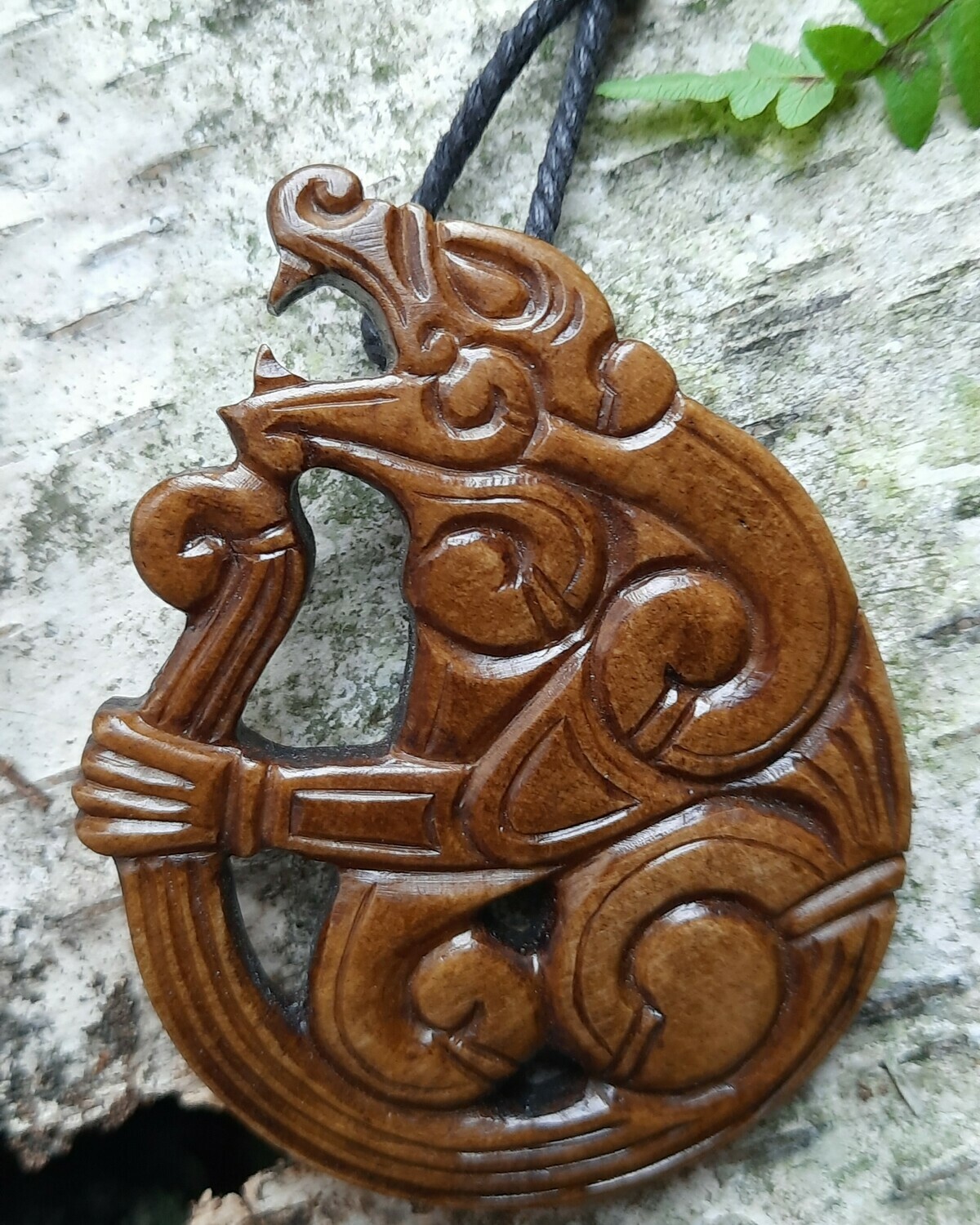 The moose and deer antlers and also wood were the most affordable raw materials used to carve and design ornate pieces during the Viking Age in Scandinavia. A common feature among Viking jewelry were animal designs taken from nature and Norse mythology. Bone jewellery was common among Viking men and women. Simple kids ring or Borre style Zoomorphic amulets, everything could be done by skilled artisan using antlers as raw material.

Materials *: Moose antlers. No animal has been injured, as moose drop their antlers from late March to mid-April. Due to their strength and durability since ancient times, the moose antlers were used in the manufacture of weapons and jewelry.

During visits to the Human world, Odin as well as Thor often take on the appearance of bear as disguise. Therefore, bears tend to be looked upon as the forefathers of man in ancient times. Bear symbolize wisdom, strength and healing that bring balance to seen and the unseen world.