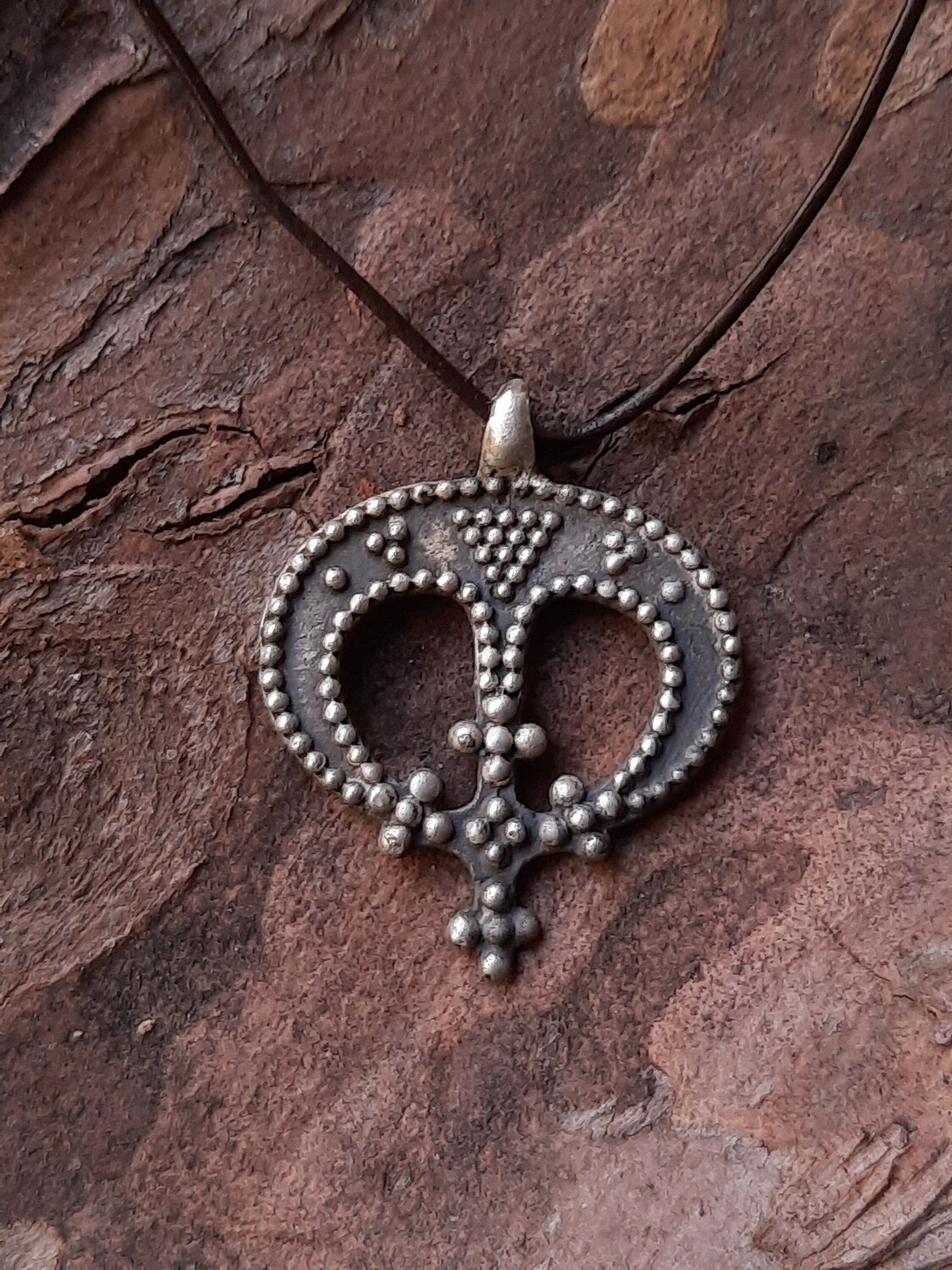 Viking lunar protective pendant with cross (symbol of Christianity) is hand-forged in pure silver with old traditional technologies. This amulet is full of style and is a fine gift for Viking art and history enthusiasts and fans.

Lunar pendant / Lunnitsa / Lunula is a famous female amulet, widespread among the peoples of the Baltic region. It was known in Scandinavia and in Kievan Rus and Finland. Lunnitsa personifies the cult of the Moon, the cult of fertility... - the feminine principle. The first lunar pendants appeared at the beginning of the Bronze Age. In Antiquity came first amulets of gold, resembling a sickle. Later they spread throughout Europe. Lunnitsa with the sign of the cross appeared after the adoption of Christianity in North Europe and has a double meaning - divine protection from evil and fertility.

Lunula (amulet) other common name for this type of jewelry:

A lunula (plural: lunulae) was a crescent moon shaped pendant worn by upper class girls in Ancient Rome. Girls ideally wore them as an apotropaic amulet, the equivalent of the boy's bulla symbol. In the popular belief the Roman people wore amulets usually as a talisman, to protect themselves against evil forces, demons and sorcery, but especially against the evil eye.

In Plautus` famous play, Epidicus asks the young girl Telestis: "Don't you remember my bringing you a gold lunula on your birthday, and a little gold ring for your finger?" An explicit definition is provided by Isidore of Seville: "Lunulae are female ornaments in the likeness of the moon, little hanging gold bullae." But in Plautus' play Rudens, Palaestra says her father gave her a golden bulla on the day of her birth.