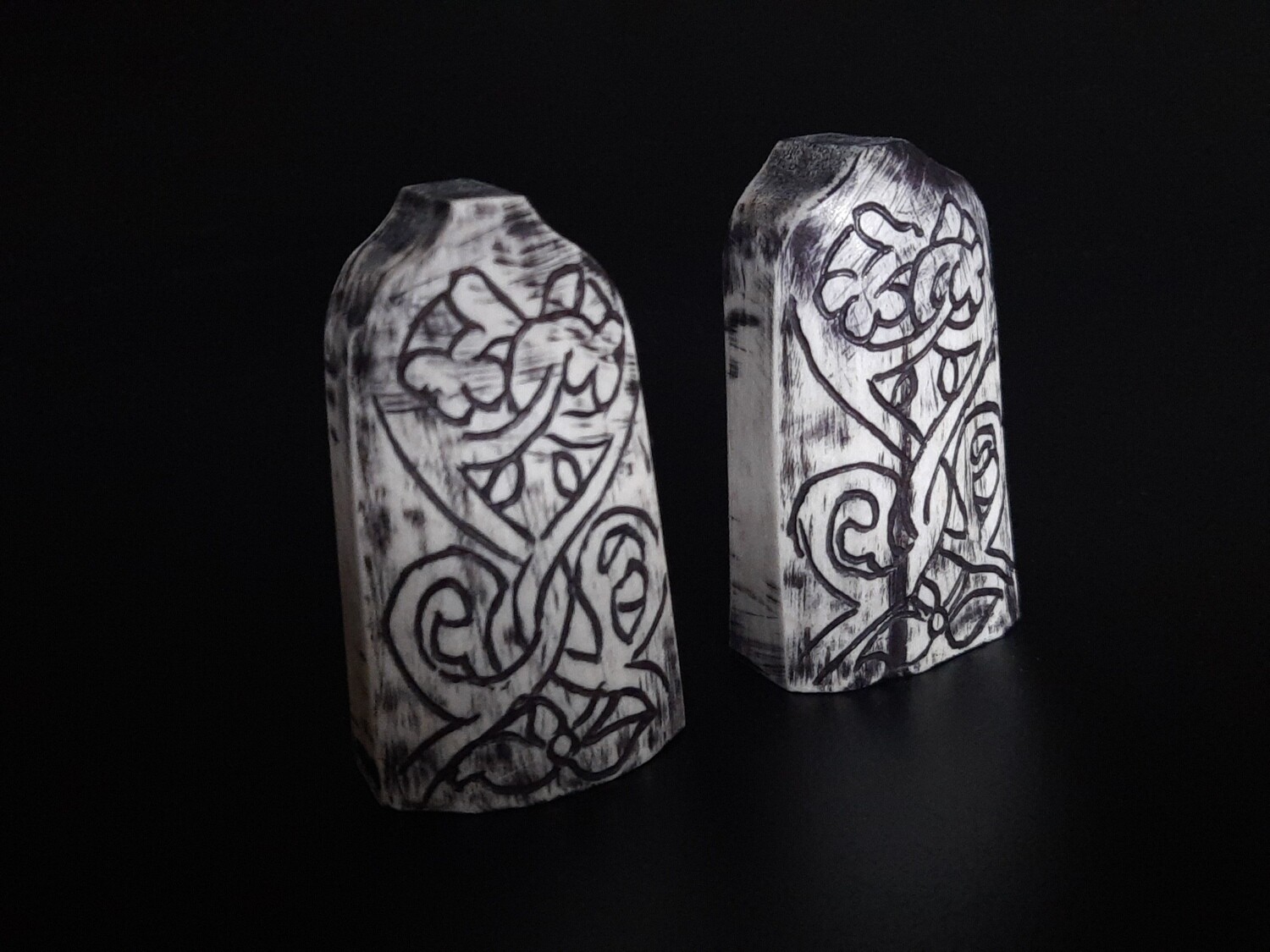 
The eleven chess pieces on display in the Museum of Scotland were part of a large hoard buried on Lewis. The hoard contained 93 gaming pieces in total, including from at least four chess sets as well as from other games.