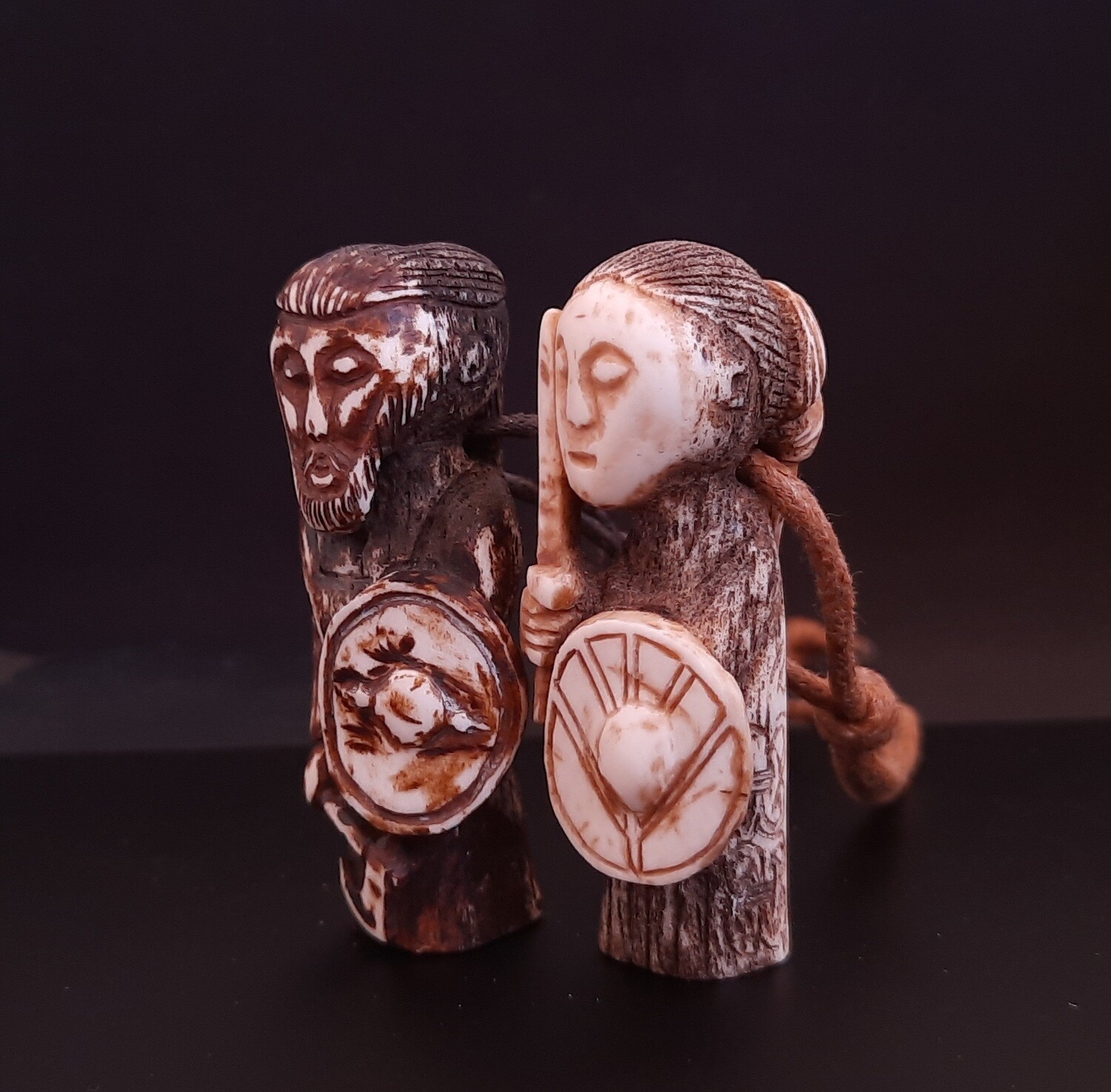 Lagertha the Shieldmaiden as Valkyria.

Queen Lagertha
According to legend, Lagertha was a Viking shield-maiden and ruler from what is now Norway, and the onetime wife of the famous Viking Ragnar Lodbrok. Her tale was recorded by the chronicler Saxo in the 12th century. Brave and skilled warrior - shieldmaiden, she is twice responsible for ensuring victory for Ragnar in battle. Although classical concepts of Amazons underlie Saxo's warrior women, his stories are rooted in the Old Norse traditions known from medieval Icelandic Saga. There is an opinion that Lagertha herself may have been inspired by the Nordic goddess Thorgerd, local to Hálogaland, now days Norway.
____________________________________