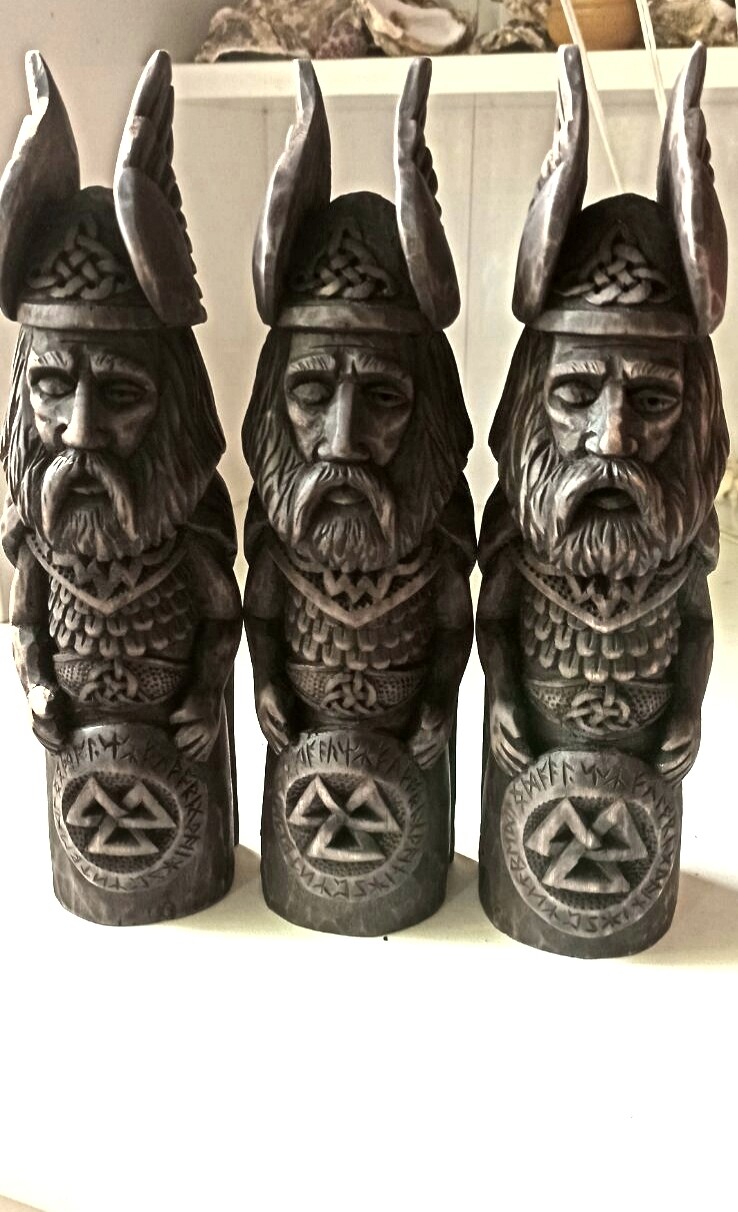 This Odin statue has been crafted from wood with and Valknut and Runes alphabet. Valknut symbolizes unity and triplicity of the surrounding nature. It also is considered a protection talisman.

Price is for one statue.

Odin, also called Wodan, Woden, or Wotan, one of the principal gods in North mythology.

From earliest times Odin was a war god, and he appeared in heroic literature as the protector of heroes; fallen warriors joined him in Valhalla. The wolf and the raven were dedicated to him. Odin is associated with healing, death, royalty, the gallows, knowledge, battle, sorcery, poetry, frenzy, and the runic alphabet, and is the husband of the goddess Frigg.

Valknut is the oldest sign of Odin. According to the Norse mythology, the center of the universe is the great world-tree Yggdrasil, consisting of universes: upper (Asgard), middle (Midgard), lower (Helheim).
Valknut is a symbol that helps to realize the trinity of the Creators, the continuity of the present, future and past; to understands the human being as a uni-totality, "as a whole" body, soul, spirit.

In the ancient Scandinavian sagas you can find a mention of "Hrugnir's Heart" - a great and fearless warrior. This "heart" with three sharp angles was made of solid rock. Later, "Hrugnir's Heart" became known as "Valknut". It is believed that this symbol unites the earthly, heavenly and afterlife worlds, as well as a graphic representation of the sacred Yggdrasil Tree.