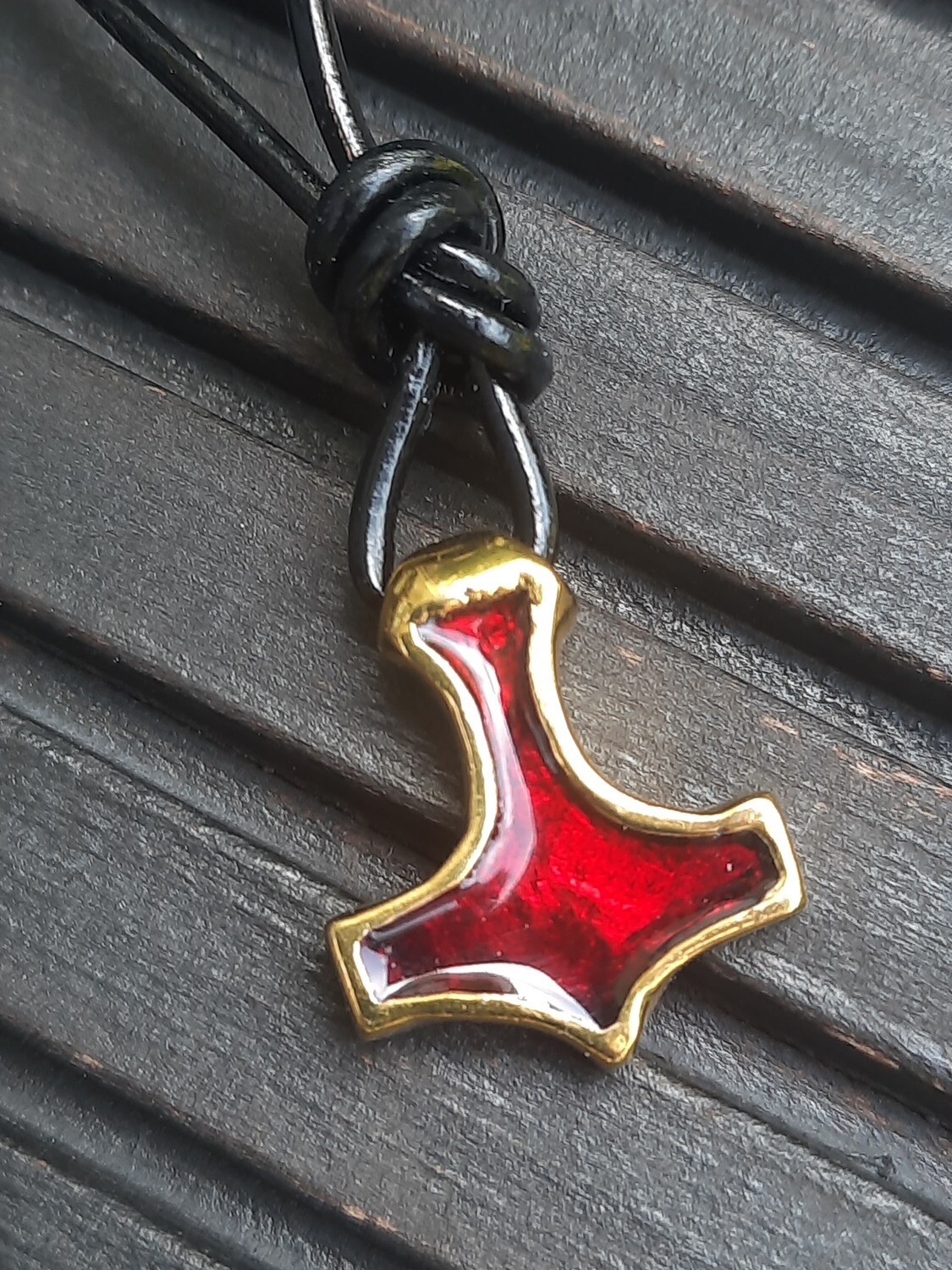 Stand with Ukraine! - Mjolnir casted from brass cartridges from the battlefields of Ukraine

Hand made in brass with old traditional technologies. The metal came from Sumy were Ukrainian army and Teroborona defended the City from ruZZian orcs in February - March 2022. Due to the complexity of their form, each piece of silver or bronze Viking jewelry must be individually casted using a lost wax process, the same technique that was used by the ancient Viking Smiths and Artisans to produce their masterpieces. A bees wax used to create a model and mould for each item into which molten bronze or silver is poured. The mould is then destroyed in order to remove the casting and each individual piece of jewelry is then finished and polished by hand. The end result is simply the finest quality Viking jewelry.