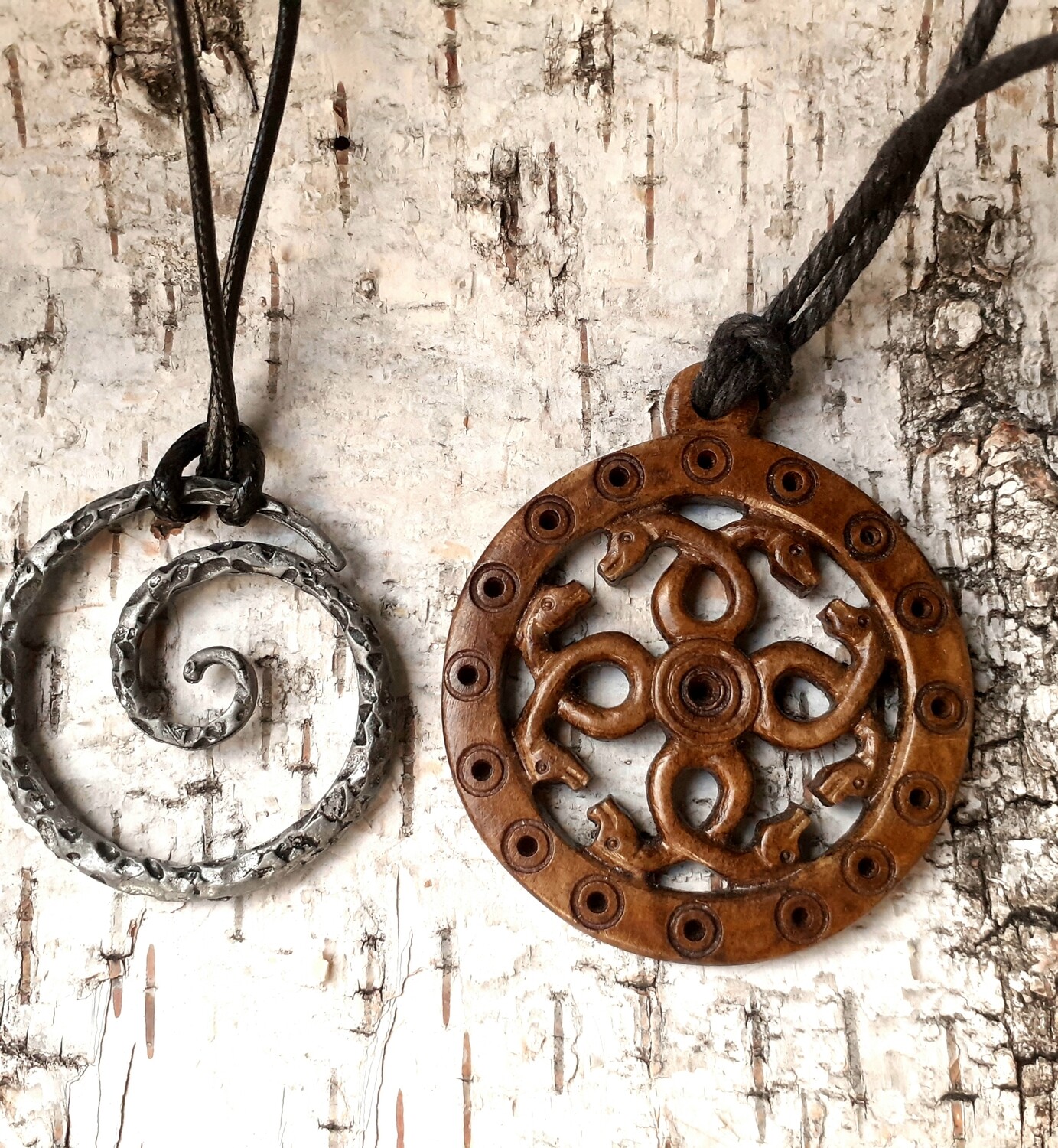 The Gorgon imagery remained popular even in Christian times, especially in the Byzantine Empire, including North Europe and Kievan Rus.

Materials*: moose antlers. No animal has been injured, as moose drop their antlers from late March to mid-April. Due to their strength and durability since ancient times, the moose antlers were used in the manufacture of weapons and jewelry.

As each amulet is hand-carved, some small details and sizes can slightly differ from the images in the photo.