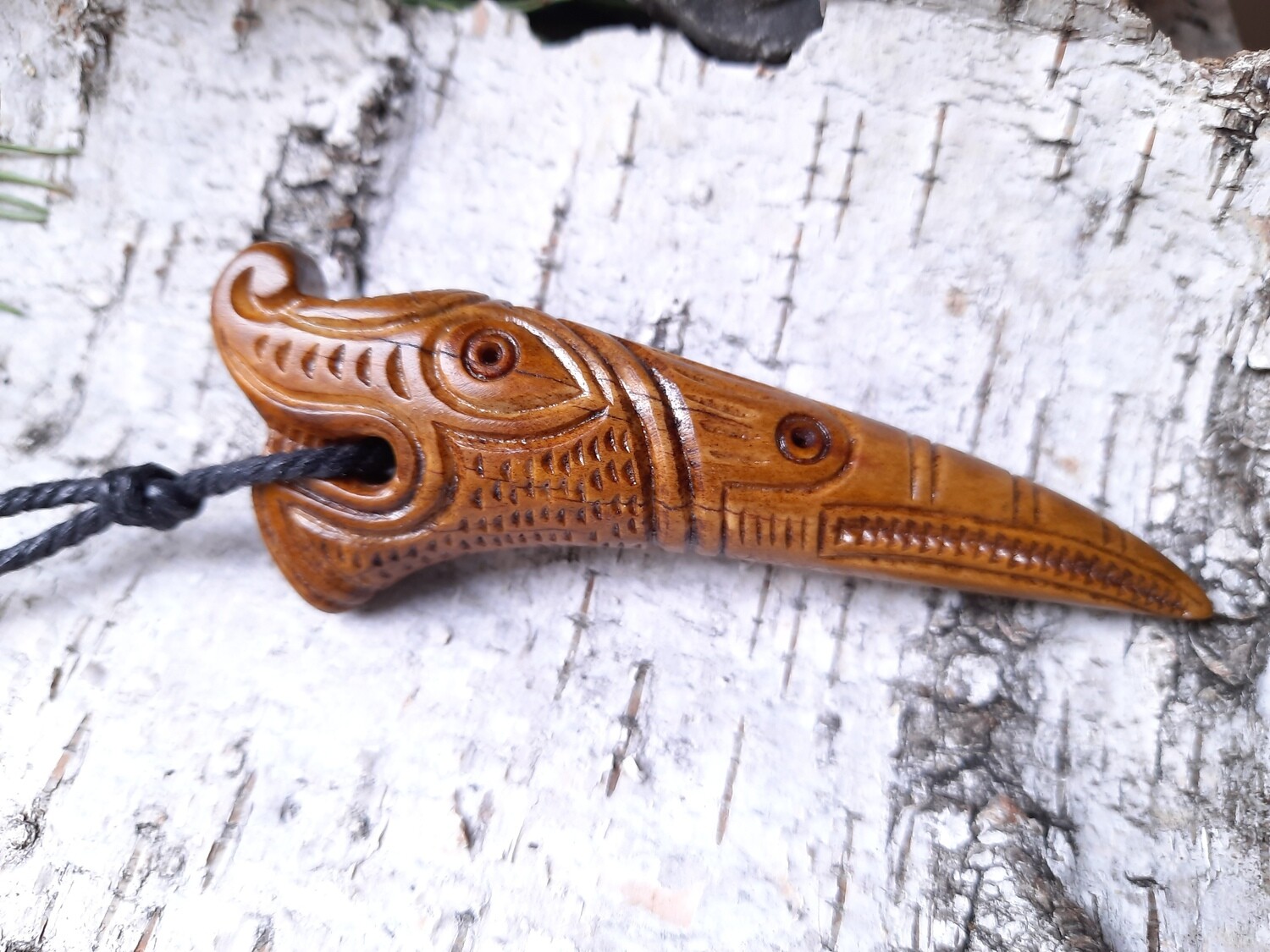 This Viking pendant has an Old-times look due to the Viking genuine style and antlers patination. The Dragon (Drakkar) and Odin raven are important symbols of the Viking Age. Unique Viking Warriors handmade Bone Talisman.

Material: moose antlers. No animal has been injured, as moose drop their antlers from late March to mid-April.

Dragonships DRAGON = DRAKE / DRAKKAR (ON dreki – m.pl. drekar) Dragonships were large longships that had carved heads of dragons and other magical beings mounted on their stem. They were ships for chieftains and kings. The ship’s dragonhead was a visual message about the owner’s status.