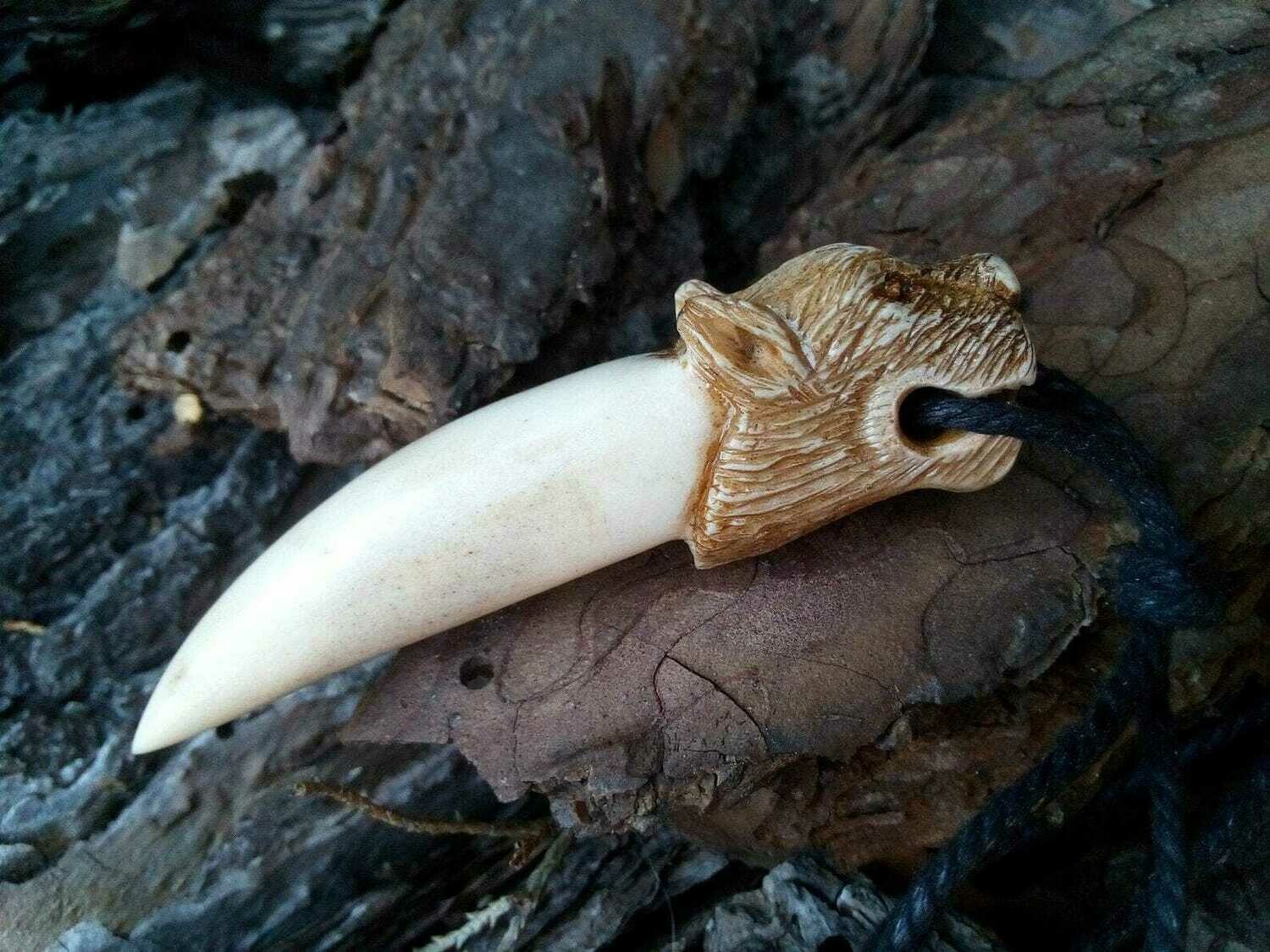 The Germanic wolf-warriors have left their trace through shields and standards that were captured by the Romans and displayed in the armilustrium in Rome.

The frenzy warriors wearing the skins of wolves were called Úlfhéðnar ("wolf coat"; singular Úlfheðinn), another term associated with berserkers, mentioned in the Vatnsdæla saga, the Haraldskvæði and the Völsunga saga. They were said to wear the pelt of a wolf when they entered battle. Úlfhéðnar are sometimes described as Odin's special warriors: "[Odin's] men went without their mailcoats and were mad as hounds or wolves, bit their shields...they slew men, but neither fire nor iron had effect upon them. This is called 'going berserk'.":132 In addition, the helm-plate press from Torslunda depicts a scene of Odin with a berserker with a wolf pelt and a spear as distinguishing features: “a wolf skinned warrior with the apparently one-eyed dancer in the bird-horned helm, which is generally interpreted as showing a scene indicative of a relationship between berserkgang ... and the god Odin”.

n Norse mythology, Geri and Freki (Old Norse, both meaning "the ravenous" or "greedy one") are two wolves which are said to accompany the god Odin. They are attested in the Poetic Edda, a collection of epic poetry compiled in the 13th century from earlier traditional sources, in the Prose Edda, written in the 13th century by Snorri Sturluson, and in the poetry of skalds. The pair has been compared to similar figures found in Greek, Roman and Vedic mythology, and may also be connected to beliefs surrounding the Germanic "wolf-warrior bands", the Úlfhéðnar.

The names Geri and Freki have been interpreted as meaning either "the greedy one" or "the ravenous one". The name Geri can be traced back to the Proto-Germanic adjective *geraz, attested in Burgundian girs, Old Norse gerr and Old High German ger or giri, all of which mean "greedy".

The name Freki can be traced back to the Proto-Germanic adjective *frekaz, attested in Gothic 𐍆𐌰𐌹𐌷𐌿𐍆𐍂𐌹𐌺𐍃 (faihufriks) "covetous, avaricious", Old Norse frekr "greedy", Old English frec "desirous, greedy, gluttonous, audacious" and Old High German freh "greedy". John Lindow interprets both Old Norse names as nominalized adjectives. Bruce Lincoln further traces Geri back to a Proto-Indo-European stem *gher-, which is the same as that found in Garmr, a name referring to the hound closely associated with the events of Ragnarök.

Freki is also a name applied to the monstrous wolf Fenrir in the Poetic Edda poem Völuspá. Folklorist John Lindow sees irony in the fact that Odin feeds one Freki at his dinner table and another—Fenrir—with his flesh during the events of Ragnarök.