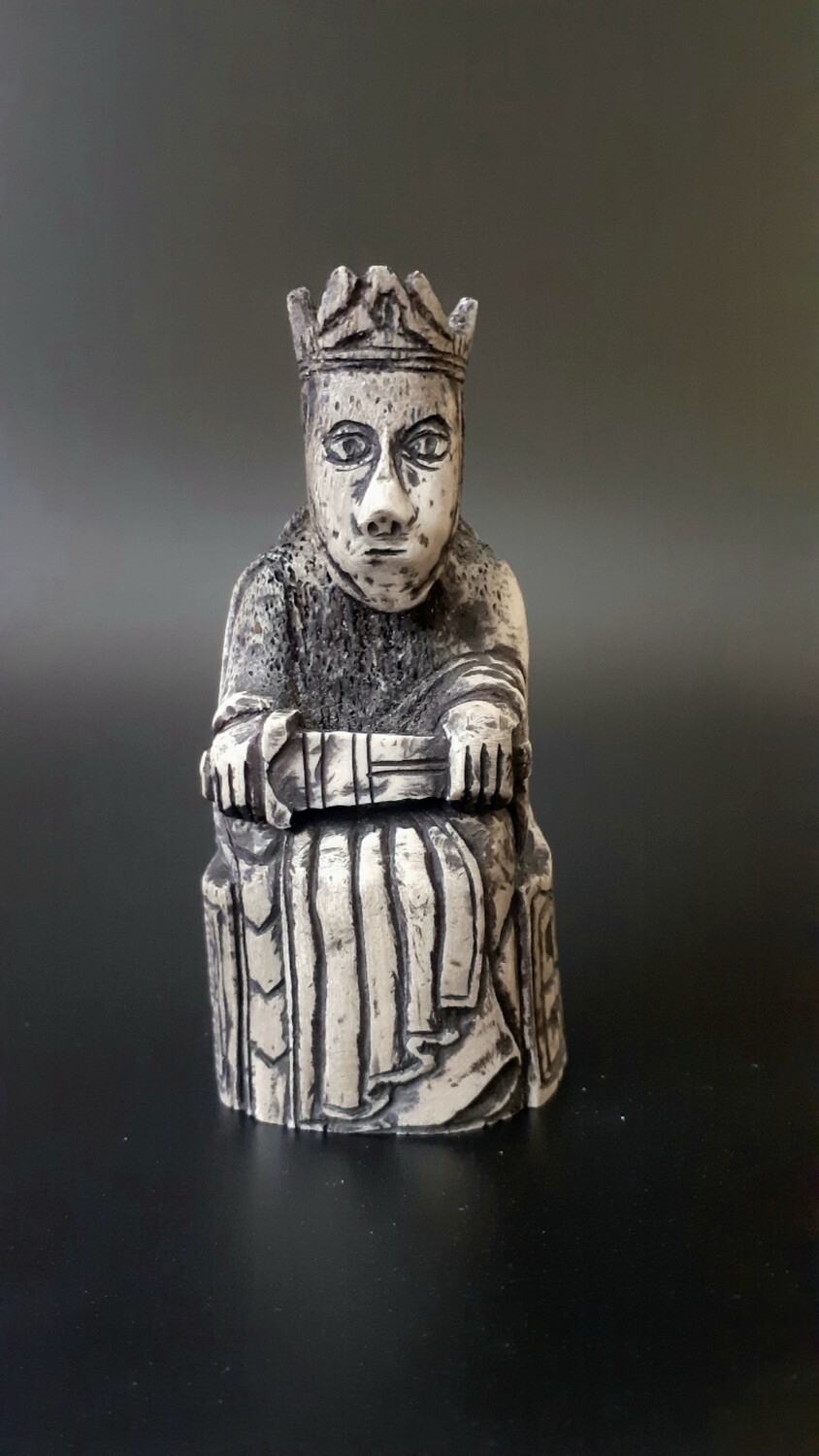 The King seated with a sword lying across his knees, Antique Chess Piece recreation in bone / Moose antlers.

Probably its one of the most beautiful from legendary set that currently on display of British and Scotland Museums.

In case you can be interested in complete set that coming in White and Red colors, please send us an email to our info@z-rune.com - till today no complete set recreated in bone exist but we have many collectors who ordering single pieces and groups of chess replicas.

Made in Probably Trondheim, Norway

Made from walrus ivory and sperm whale tooth

The eleven chess pieces on display in the Museum of Scotland were part of a large hoard buried on Lewis. The hoard contained 93 gaming pieces in total, including from at least four chess sets as well as from other games. The chess pieces were probably made in the late 12th or early 13th century in Norway.