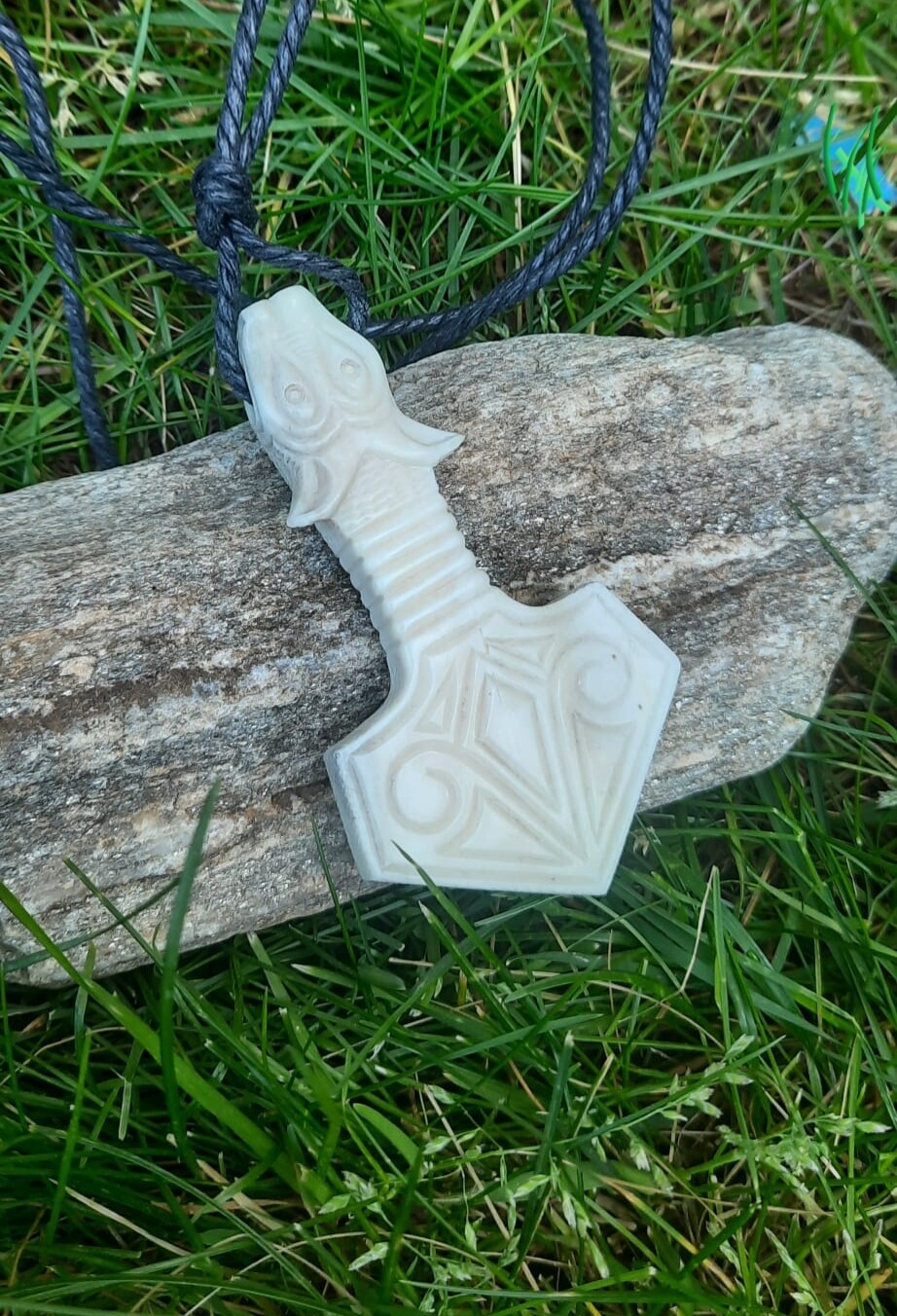 Natural beige-white color, which is inherent in the antlers.

The moose or deer antlers and wood were the most affordable raw materials used to carve and design ornate pieces during Viking age. A common feature among Viking jewelry were animal designs taken from nature as well from Norse mythology. Bone jewellery was common among Viking men and women.

Materials *: moose antlers. No animal has been injured, as moose drop their antlers from late March to mid-April.