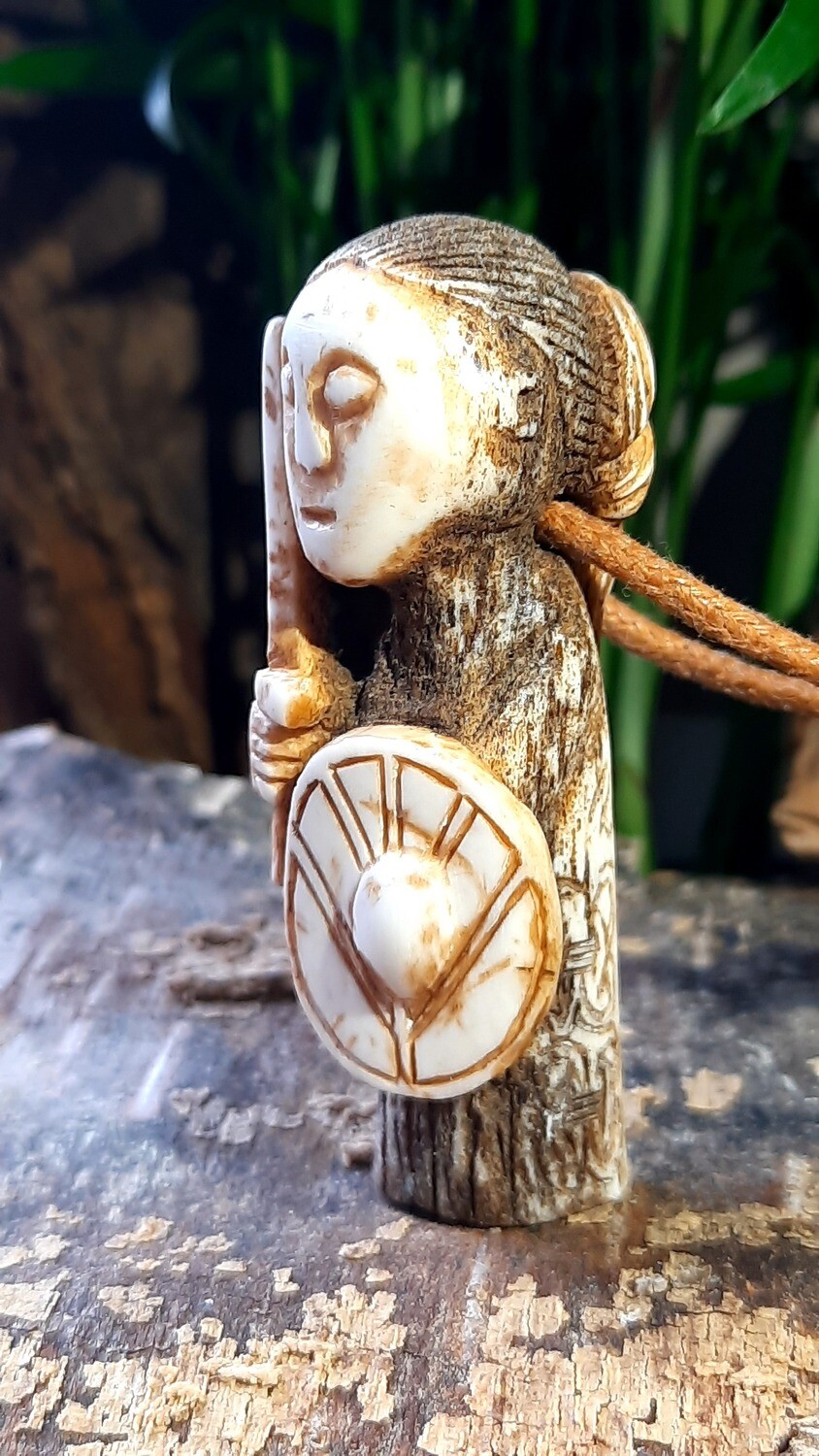 According to the legend, Lagertha was a Viking shield-maiden and ruler from what is now Norway, and the onetime wife of the famous Viking Ragnar Lodbrok. Her tale was recorded by the chronicler Saxo in the 12th century.

Morten Skovsby had found a few coins, tools and a cannon ball in his backyard with his new metal detector when he decided to go further afield. On December 28th, 2012, Skovsby, Michael Nielsen, Jan Hein and Jacob Sietam, all members of a local metal detector group, explored a field in Hårby, central Denmark. Morton got a strong signal so he loosened a clump of frozen soil only to find a little silver face looking back at him. He scooped up the whole clod of earth, brought it home and put it on the radiator to thaw. Once unfrozen and cleaned of soil, the face turned out to belong a small female figurine just 3.5 centimeters (1.38 inches) tall.

Morten emailed the curator at Odense City Museums, Mogens Bo Henriksen who replied that it was a very interesting discovery. Further investigation by museum experts confirmed that early assessment and then some. It’s a standing figure of a Viking shield maiden broken at the abdomen. She wears a long textured gown and her long hair is in a pony tail tied in a knot at the back of her head. An eyelet behind her neck indicates the figurine was worn on a cord, perhaps as a pendant. She carries a double-sided Viking sword in her right hand, arm bent at the elbow, and holds a round shield in front of her body on her left arm.

She is made of solid silver and weighs 9.2 grams (0.32 oz). The silver is gilded and the pattern details in the gown and shield are filled in with a black enamel-like material called niello. She dates to the Viking age, around 800 A.D., and the design details identify her as not just any shield maiden, but as a Valkyrie - the Shieldmaiden, emissaries of Odin who choose who dies in battle and escort their souls to Valhalla. Other Valkyrie figures from the early Viking era have been discovered in Denmark, but they are flat two-dimensional pieces (mostly brooches). The Hårby figurine is the first three-dimensional Valkyrie figurine ever discovered. The fact that her back and sides are carved reveal heretofore unknown details about Viking hairstyle and dress from the period.

Odense City Museums did a small follow-up excavation at the discovery site. They found evidence of multiple pit houses, huts used as workshops for various crafts. Layers of burnt debris and fragments of scrap metal testify to the pit houses’ use as silversmiths. Perhaps the Valkyrie lost her both legs in the process of being chopped up and melted, her silver to be reused in new jewelry, only somehow the process was interrupted and she wound up in the trash instead.

The figurine has been declared treasure trove and the finder received a reward, although Morten doesn’t care about that. He’s just excited to have found such a special historical artifact. As of March 1st, 2013 she is on display at the National Museum’s yearly exhibition on treasure finds. After that she will be included in the National Museum’s exhibition on the Vikings which later traveled to the British Museum in 2014.