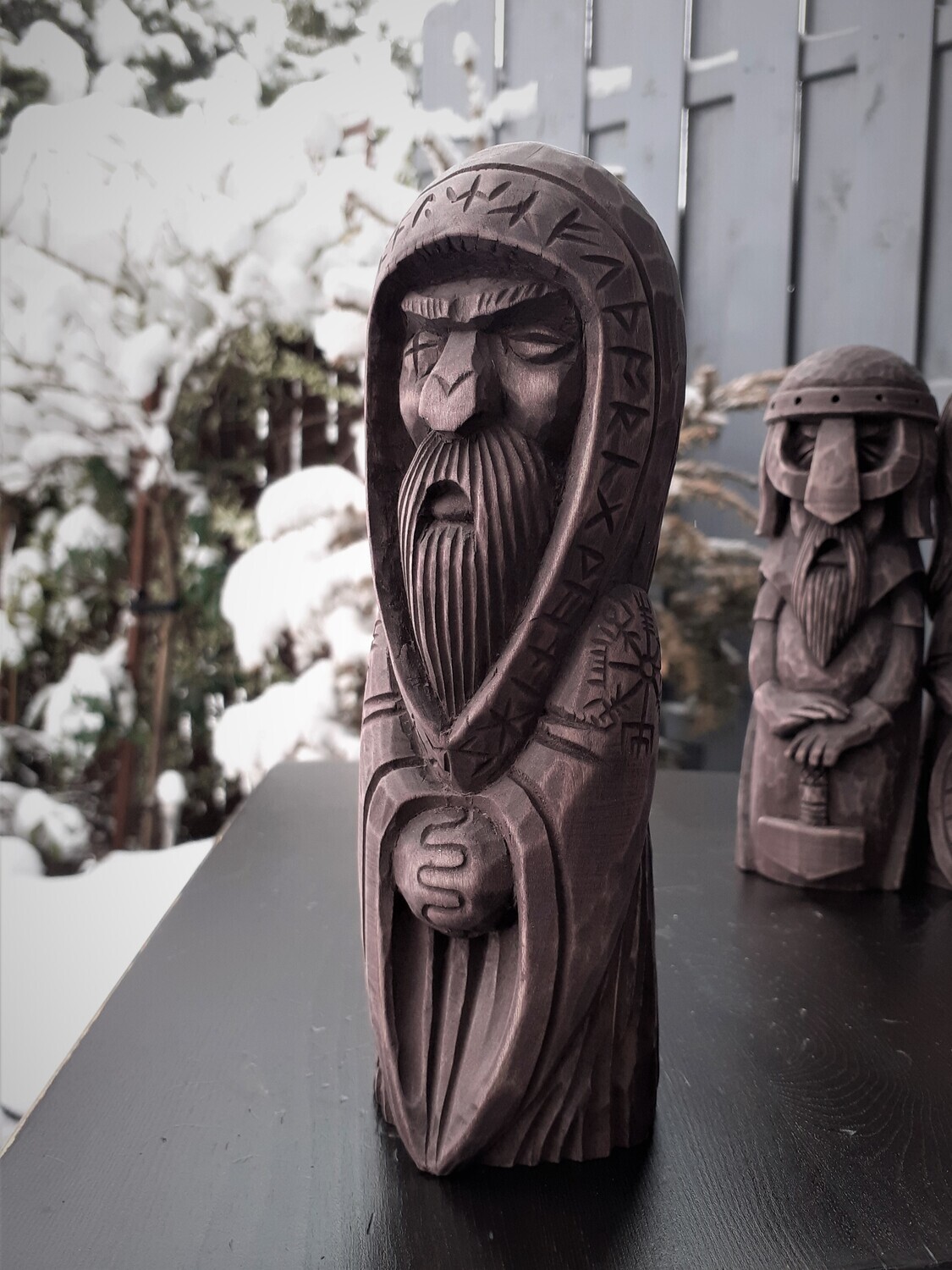 This Odin statue has been crafted from wood with specific details including runic compass and Runes alphabet.

Odin, also called Wodan, Woden, or Wotan, one of the principal gods in North mythology.

From earliest times Odin was a war god, and he appeared in heroic literature as the protector of heroes; fallen warriors joined him in Valhalla. The wolf and the raven were dedicated to him. Odin is associated with healing, death, royalty, the gallows, knowledge, battle, sorcery, poetry, frenzy, and the runic alphabet, and is the husband of the goddess Frigg.