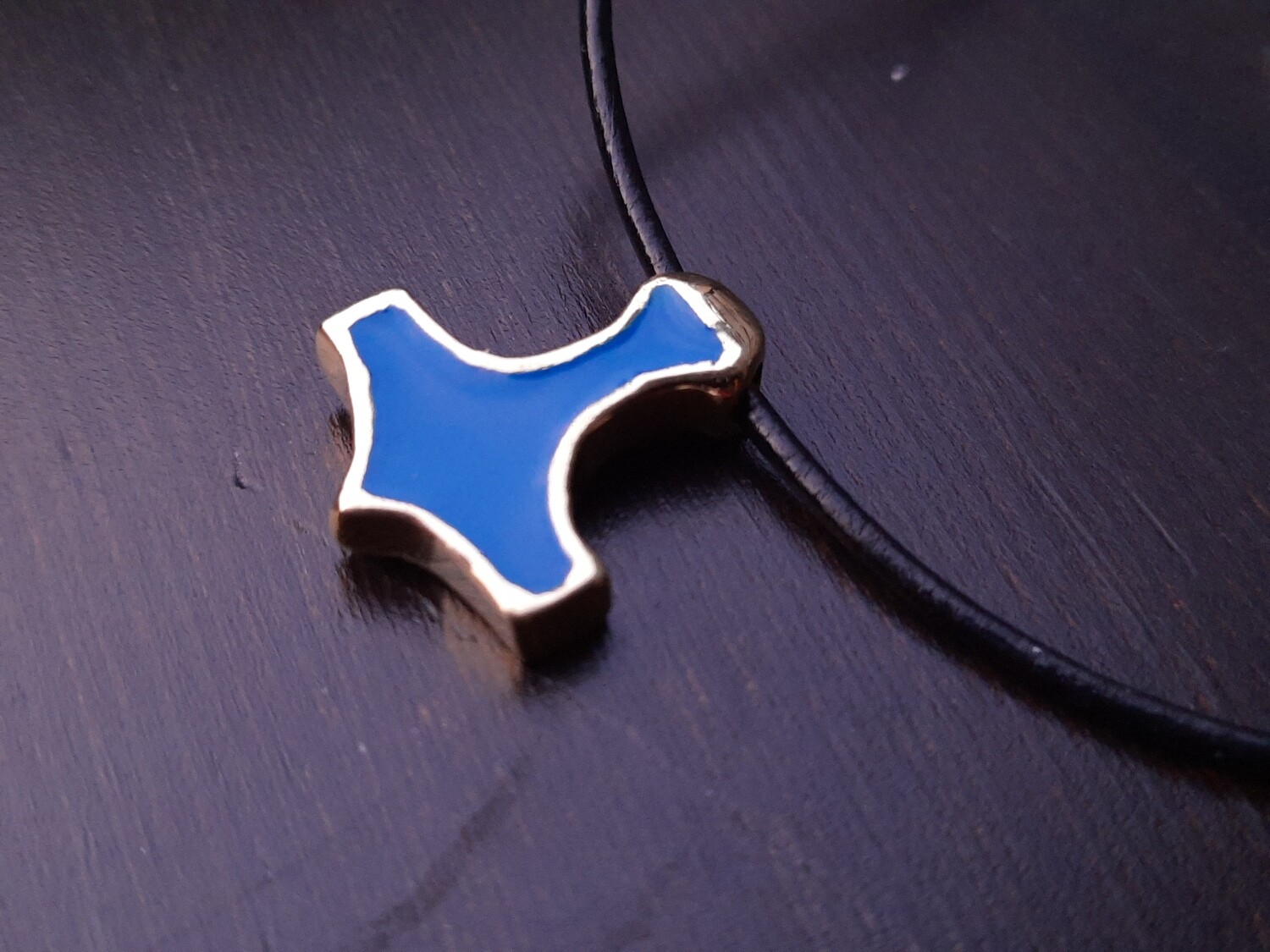 In case you looking for Ukrainian war time artefact, you have found a unique handmade in Ukraine piece casted using Medieval technologies. Many Mjolnirs originated from territory of Ukraine and were popular Pagan amulets 1000 years back in Kyivan Rus State, What could be more patriotic ?! Artwork is 100 % handmade. In case you looking for Strong Jewelry piece associated with Ukraine here is the one. Free shipping worldwide! Thanks for view!