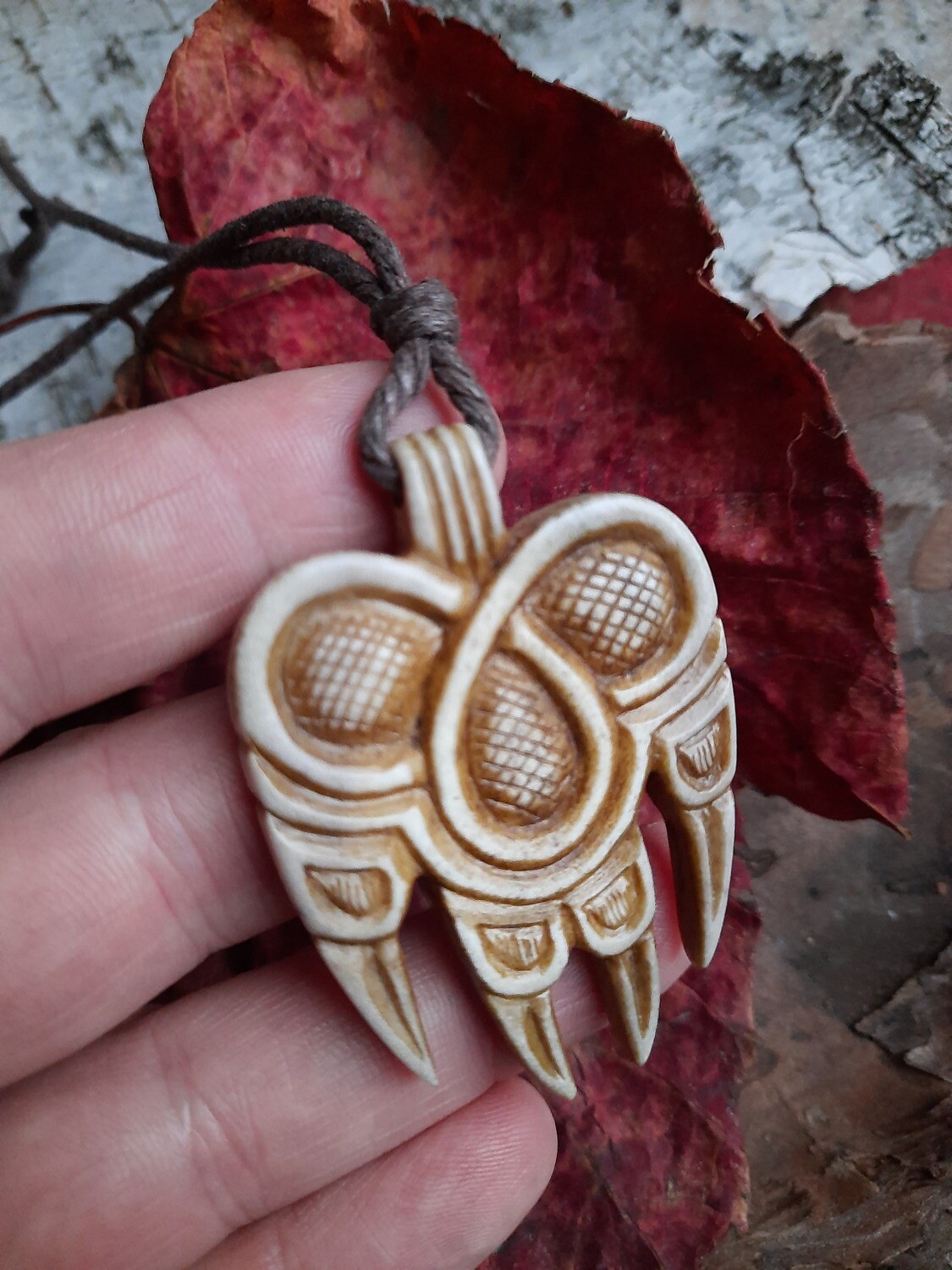 The moose, deer antlers and wood appeared to be the most affordable raw materials used to carve and design ornate pieces and a common feature among Viking jewelry was animal designs taken from nature & Norse mythology. Bone jewellery was common among Viking men and women.

Materials *: moose antlers. No animal has been injured, as moose drop their antlers from late March to mid-April. Due to their strength and durability since ancient times, the moose antlers were used in the manufacture of weapons and jewelry.

Creation time is from 1 to 3 days from the date of purchase. As each amulet is hand-carved, some small details and sizes can slightly differ from the images in the photo.

Odin and Thor visited the human world often. They appeared as a bear to disguise. Accordingly in old times, bears were considered the forefathers of man. Bears emblematize wisdom and endurance, the ability to make a sage decision and bring balance to two worlds: visible and invisible.