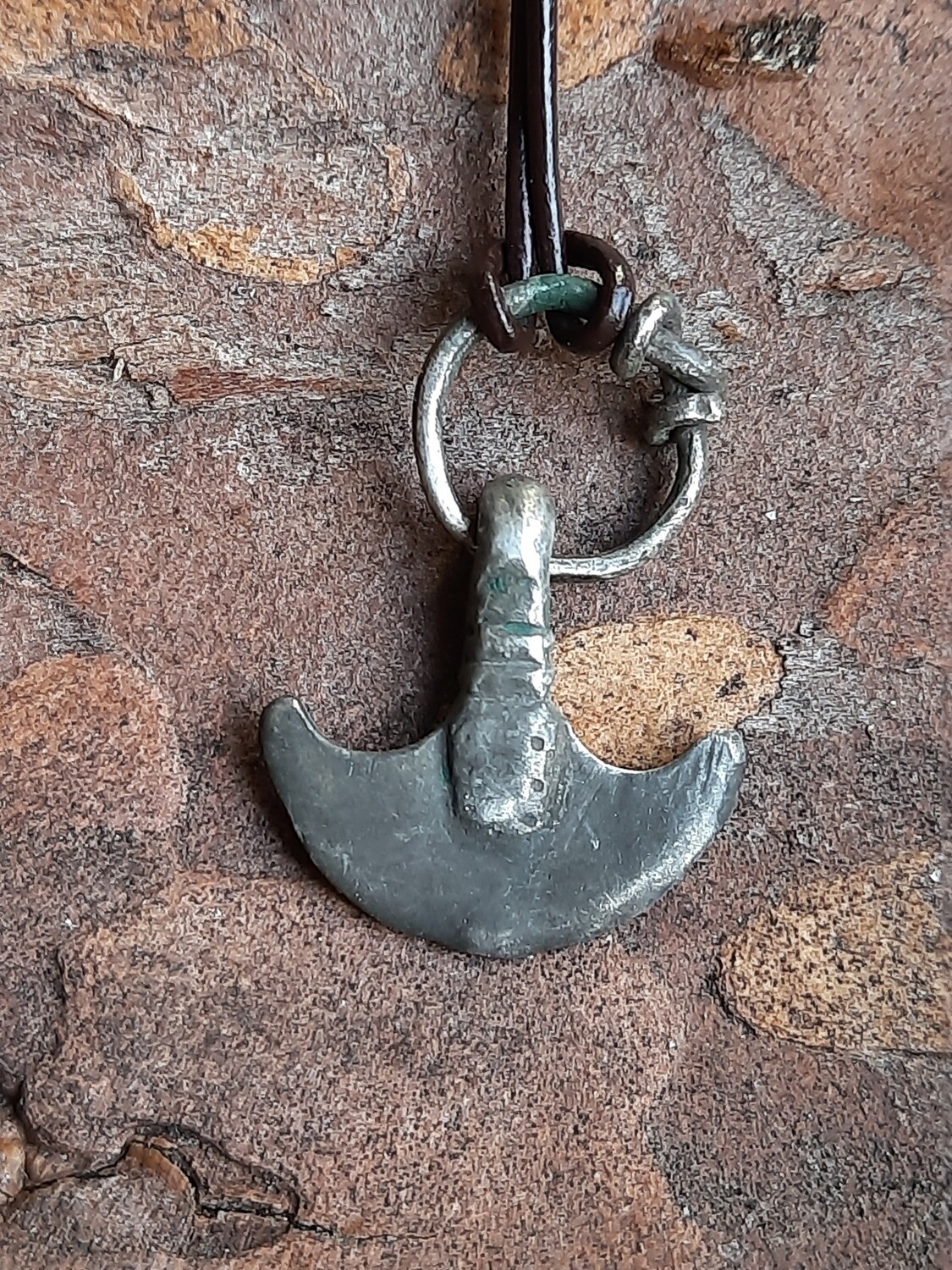 Fine style and miniature Viking God Thor battle axe pendant / necklace is hand-forged in pure silver with old traditional technologies. This amulet is full of style and is a fine gift for Viking art and history enthusiasts and fans.

So silver appeared to be the most popular metal used to cast and design ornate pieces and a common feature among Viking jewelry was animal designs taken from nature & Norse mythology. Silver brooches & beads were common among Viking women with rings & earrings being a rarity. The wealthy Vikings would wear bronze, silver and occasionally gold. The less wealthy would wear items of carved horn, bone & iron. As trade routes opened up then materials would appear, such as amber, carnelian and other precious stones. Due to the complexity of their form, each piece of silver or bronze Viking jewelry must be individually cast using a lost wax process, the same technique that was used by the ancient Viking smiths to produce their masterpieces. A wax master is used to create a mold for each item into which molten bronze or silver is poured. The mould is then destroyed in order to remove the casting and each piece of jewelry is then finished and polished by hand. The end result is simply the finest quality Viking jewelry you will ever see.