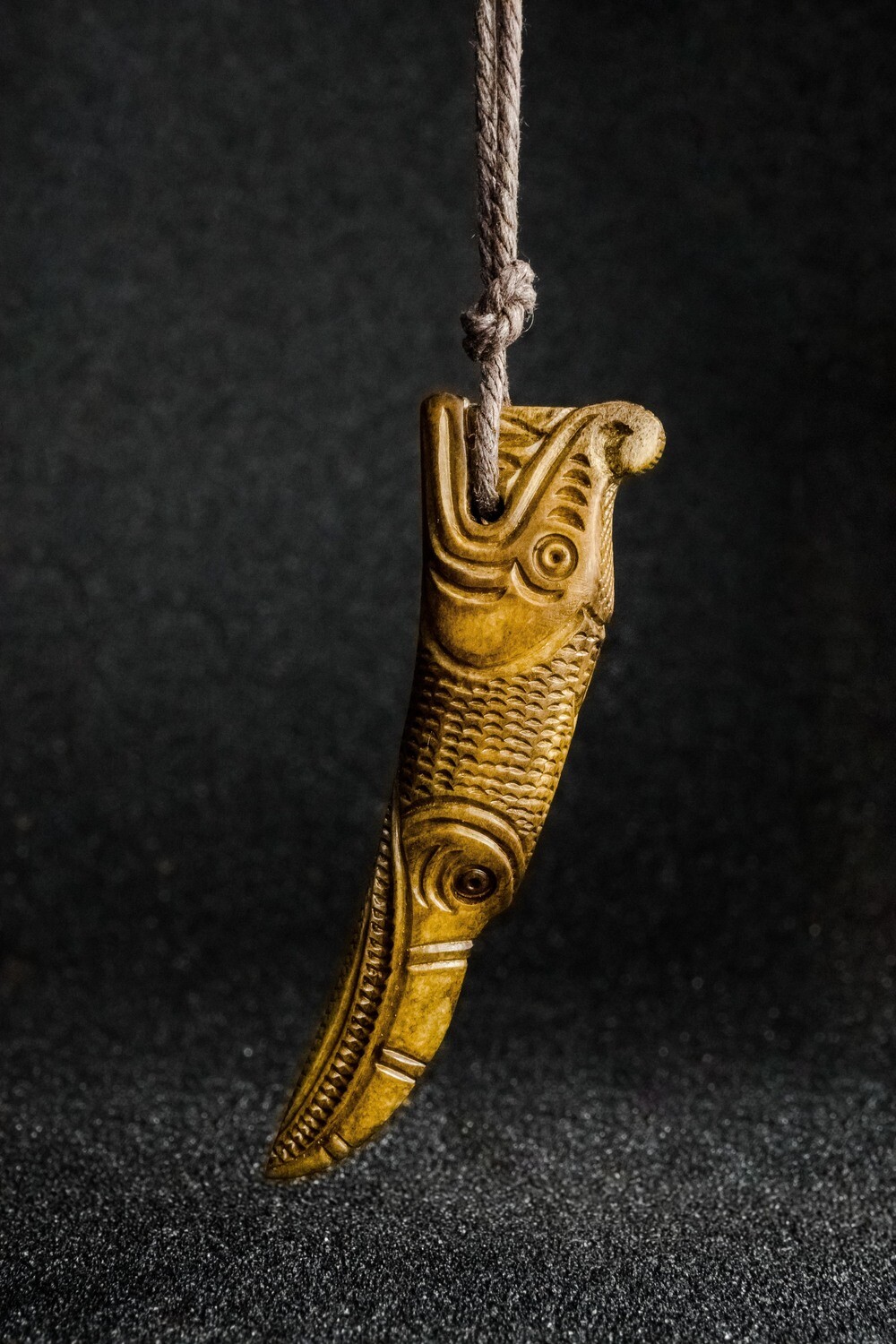 This Viking pendant has an old-time look due to the Viking genuine style, with Algiz Rune, that symbolizes life tree of Norse cosmology. The Algiz rune is considered the most powerful rune of protection.

Drekar and Odin raven are important symbols of the Viking Age.

Materials: moose antlers. No animal has been injured, as moose drop their antlers from late March to mid-April.