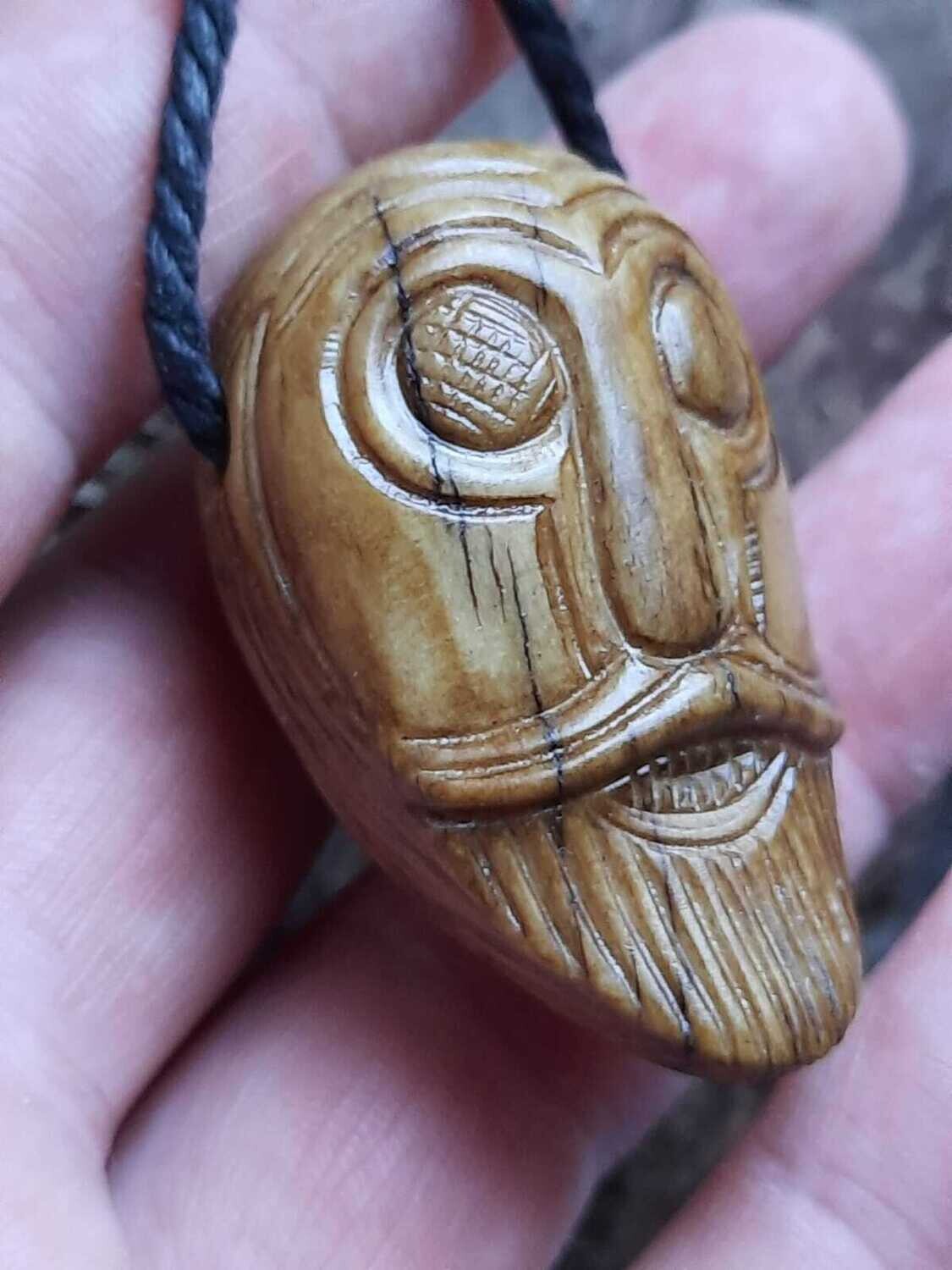 This Odin pendant is handmade from moose antlers.

Material *: moose antler. No animal has been injured, as moose drop their antlers from late March to mid-April. Due to their strength and durability since ancient times, the moose antlers were used in the manufacture of weapons and jewelry.

Vikings had a rich art history that shows us the surprisingly rich material culture of the northerners. They skillfully decorated their weapons, jewelry, runestones, ship woodwork, and their ordinary, everyday objects. The storylines of wearable jewelry, ornaments of buildings, weapons, household items, drawings on runestones are always mythological and religious in nature. The fact is that a skillfully decorated object, if it was not an amulet directly, then necessarily had a protective function. Items with a plot from myths, sagas were very much in demand.

Like in any other culture, the Viking art styles went through several phases. Art historians distinguish seven different styles of Viking art, each of which has been “in vogue” or most popular in the work of Viking artisans for some time, ranging from a few decades to a century and a half.

The Oseberg style took its name from the finds in the Oseberg burial (Norway). A long ship, richly decorated with wooden carvings, was found in the burial. (There are many modern copies that were built on the basis of the Oseberg ship.) There were also other carved wooden objects, including a sled. The style of this carving has been identified as distinct in Viking art.