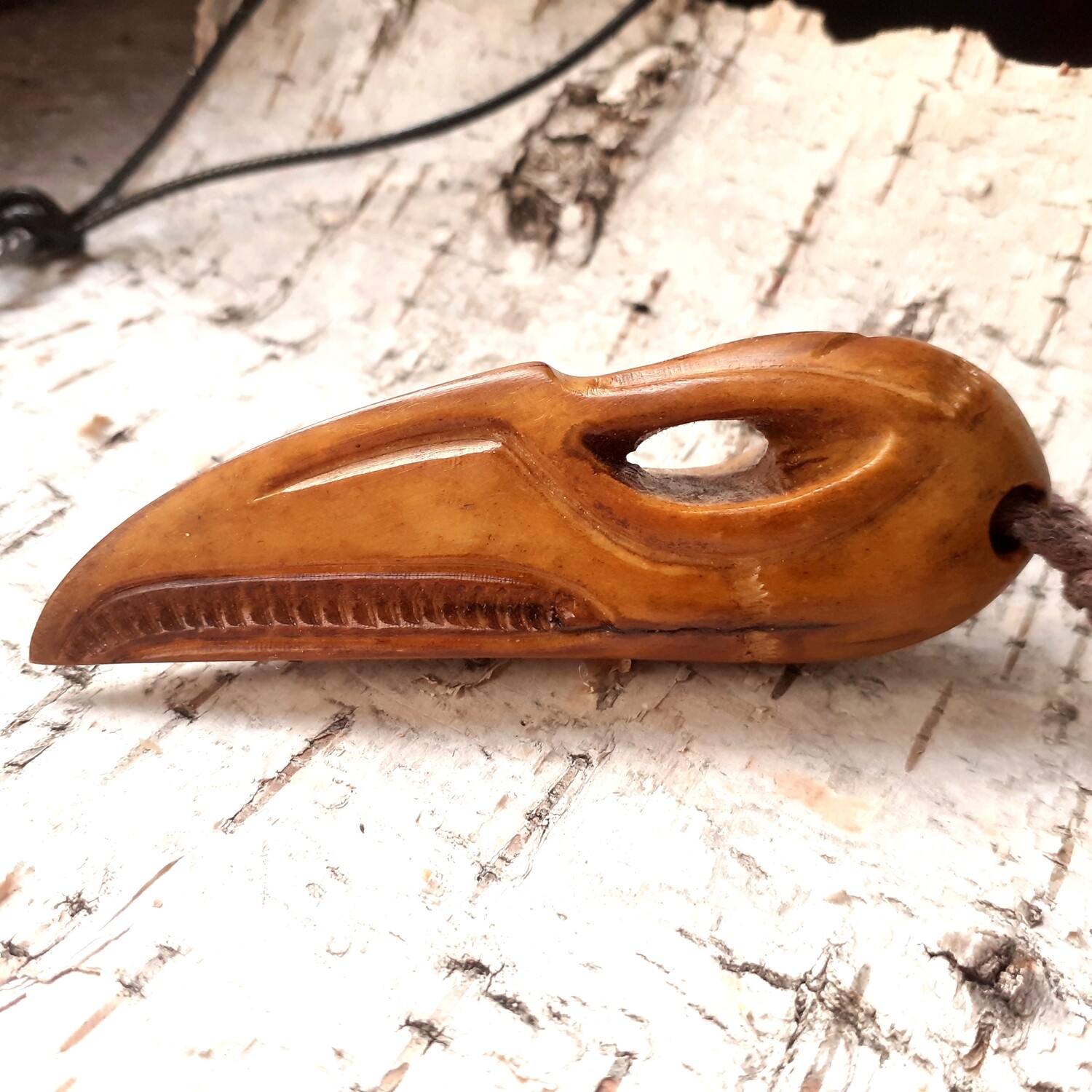 Raven Skull Amulet, traditional Norse carving. This pendant with Tiwaz Rune is a fine gift for Viking art and history enthusiasts and fans.

Tiwaz / Teiwaz Rune is named after Tyr, God of war. The one-armed god Tyr in the northern tradition has become an example of valor and real war honor. The episode with a bitten off hand symbolized the ability to take responsibility for his words and is the example of responsibility for own actions. These qualities make Tyr not only a God of war and battle, but also of justice.