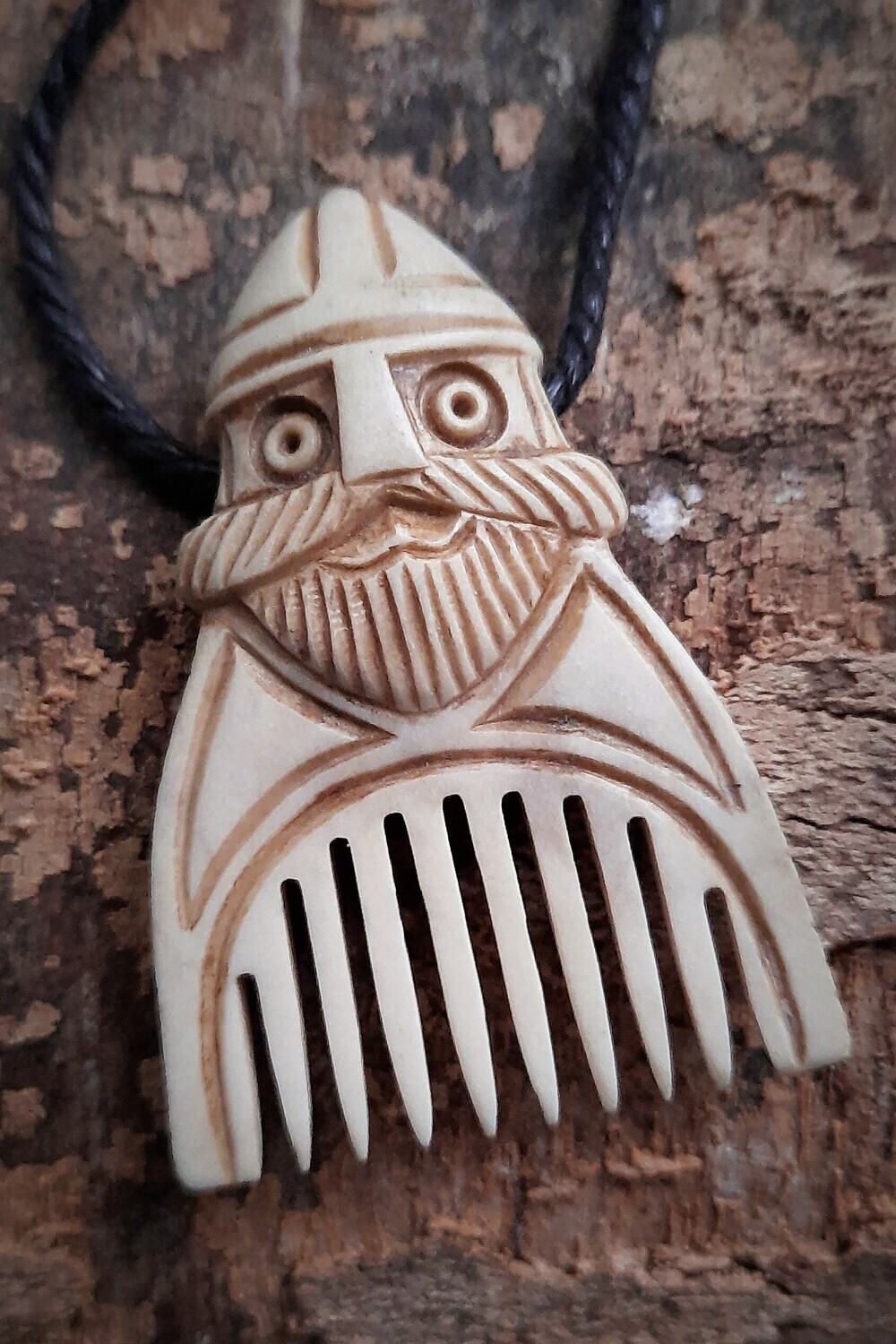 Viking beard comb, traditional Norse carving. Can be used as a pendant.

The moose and deer antlers and wood appeared to be the most affordable raw materials used to carve and design ornate pieces and a common feature among Viking jewelry was animal designs taken from nature & Norse mythology. Bone jewellery was common among Viking men and women.

Materials *: moose antlers. No animal has been injured, as moose drop their antlers from late March to mid-April. Due to their strength and durability since ancient times, the moose antlers were used in the manufacture of weapons and jewelry.

There is interesting article about historical Viking combs.https://www.york.ac.uk/research/themes/viking-comb...

Viking warriors carried combs as well as swords and knives on their seafaring ventures, according to archaeologists.

Wild and mean looking Vikings with sharp swords and a taste for silver might be the traditional text book image of fearsome Norse invaders. But behind the macho bravado it seems they had more than a touch of vanity about them.

Studies led by Dr Steve Ashby, in our Department of Archaeology, are shedding new light on this iconic sea-faring society by looking in detail at that most everyday object – the hair comb.

“The famous Coppergate dig in the late 1970s in York unearthed many examples of Norse combs,” explains Dr Ashby.

So why did the Vikings go to all that trouble? It suggests that for Vikings, hair formed an important part of their identity, says Dr Ashby. “We know from Norse sagas that hair had a great significance for Vikings as a mark of distinctiveness. They took a great deal of care with their grooming and often carried combs with their swords and knives on their belts. They frequently even took combs to the grave.”

It is an investigation relying as much on molecular analysis of bone material, work pioneered by Professor Matthew Collins at the University’s BioArCh laboratory, as on traditional archaeological techniques.

Dr Ashby's fascination with combs was sparked when, as a Masters student at York, he became involved in a debate about when the Vikings first arrived in Orkney.

Research in the 1990s suggested combs of pre-Viking style were made from reindeer antler, which could only have come from Norway, indicating that contact with Scandinavia must have begun earlier than thought.