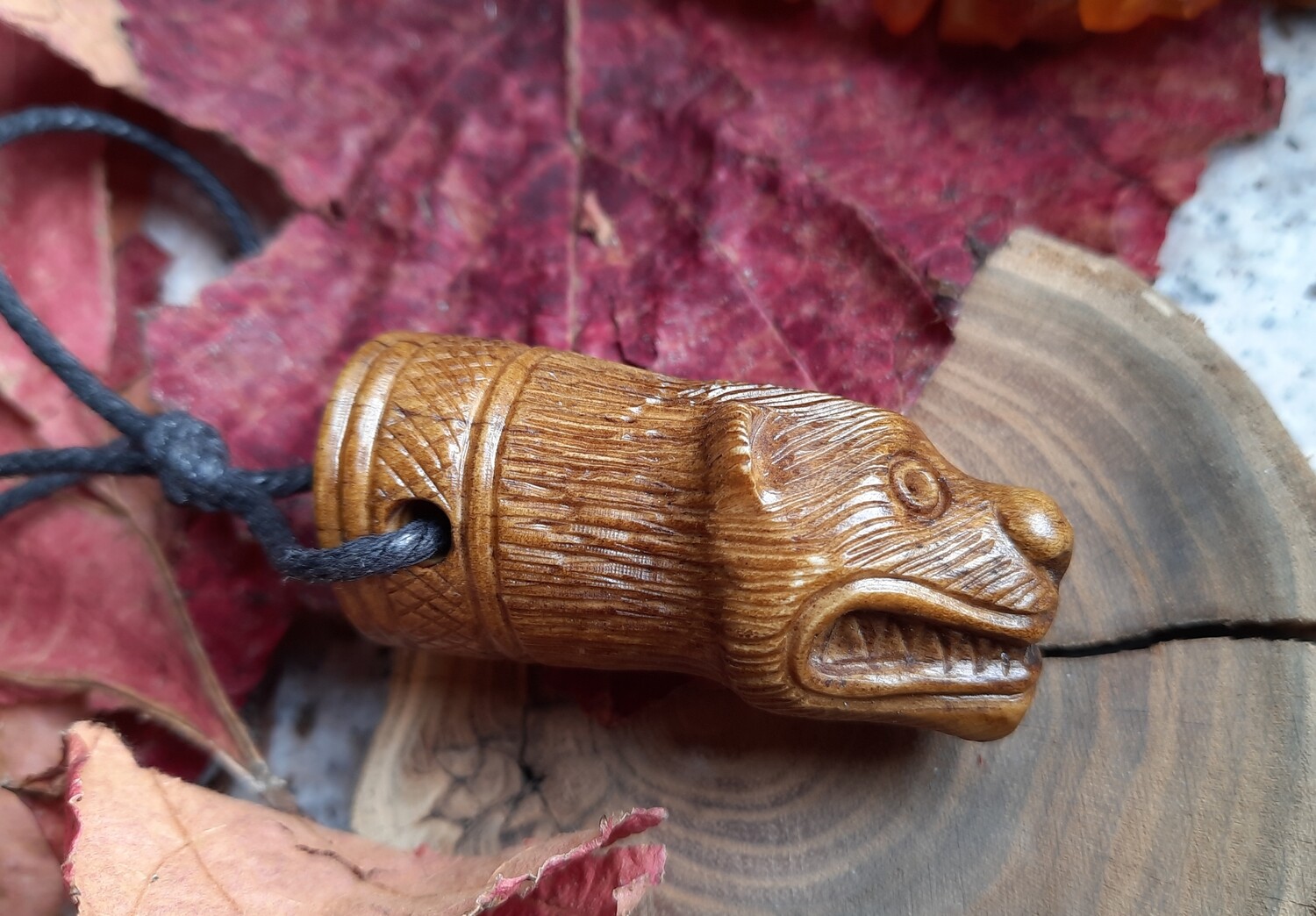 Moose and deer antlers and different types of wood were the most affordable raw materials used by Norse artisans to carve and design ornate pieces. A common feature of Viking Age jewelry were schematic animalistic or so called Zoomorphic motifs taken from nature observation and Norse mythology. Bone jewellery was commonly used by both Viking men and women.

Materials *: moose antlers. No animal has been injured, as moose drop their antlers from late March to mid-April. Due to their strength and durability since ancient times, the moose antlers were used in the manufacture of weapons for swords and daggers handles and different types of jewelry. First of all its bone beads, but also protective pendants and amulets.

Creation time is from1 to 3 days from the date of purchase. As each amulet is hand-carved, some small details and sizes can slightly differ from the images in the photo.