The History of the Viking Torque

The History of the Viking Torque

The Torque (also spelled Torc or Tork), or the Neck ring, was an important symbol of Power for number of European Prehistoric civilizations. For Scythians: it was as important as king’s sword and ritual golden cup of Heracles. It was of same importance for Celtic tribes, and was worn from before 1200 BC to as late as 300 AD. 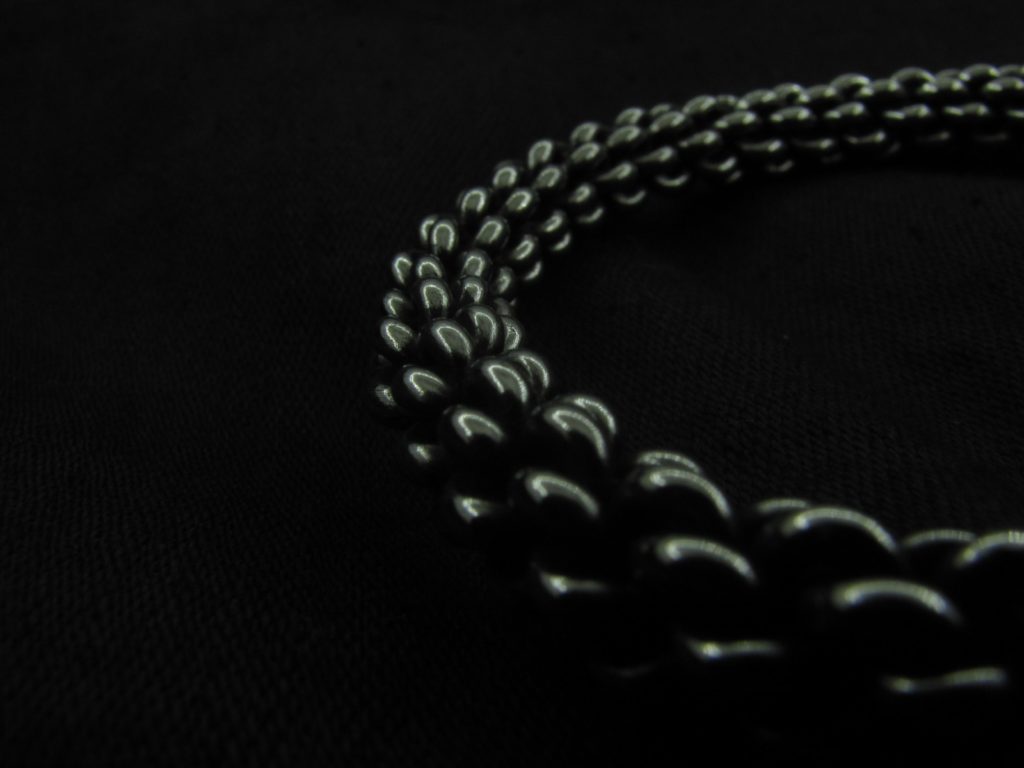 It was a powerful symbol, perhaps representing the wearer’s high-born status, and was often complemented with additional bracelets and rings worn about the arms and wrists. Torques were made from iron, copper, bronze, silver, and gold. They were worn by both men and women, and are depicted as such in both Classical and Celtic sculptures.

Zoomorphic (animal forms), geometric and floral motifs, all were very popular with the Celts. They were used to represent deities, natural and supernatural forces, and personal qualities. The animal heads are placed on the torques so they appear upright when worn.

There is a famous Classical marble statue of naked Gaul warrior who wore a Celtic style torque. The Dying Gaul, also called The Dying Galatian (in Italian Galata Morente) or The Dying Gladiator, is an ancient Roman marble semi-recumbent statue now in the Capitoline Museum of Rome. It is a copy of a now lost sculpture from the Greek / Hellenistic period (323-31 BC) thought to have been made in bronze.

The white marble statue, which may originally have been painted, depicts a wounded, slumped Gaulish or Galatian Celt, shown with remarkable realism and passion, particularly as regards the face. A bleeding sword puncture is visible in his lower right chest. The warrior is represented with characteristic Celtic hairstyle and moustache with a Celtic Torque around his neck. He sits on his shield while his sword, belt and curved trumpet lie beside him. The sword hilt bears a lions head.

The fashion of wearing torques by the elite members of the societies not decreased with time but when it came to Viking age, the shape of torque transformed and for Kings and Jarls twisted rods torques were produced. The most prized metal during 9 -11 Century AD was silver as source of gold was extremely limited.

When ordering a Torque or twisted  Bracelet from Z-Rune Workshop, you will get highest quality Artefact. All our Historical jewellery artworks are handmade and all sizes available, just add your size in e-mail: info@z-rune.com if your size different from our regular one.

Fine Sample of Silver Viking torque was sold by Christies in 2016: 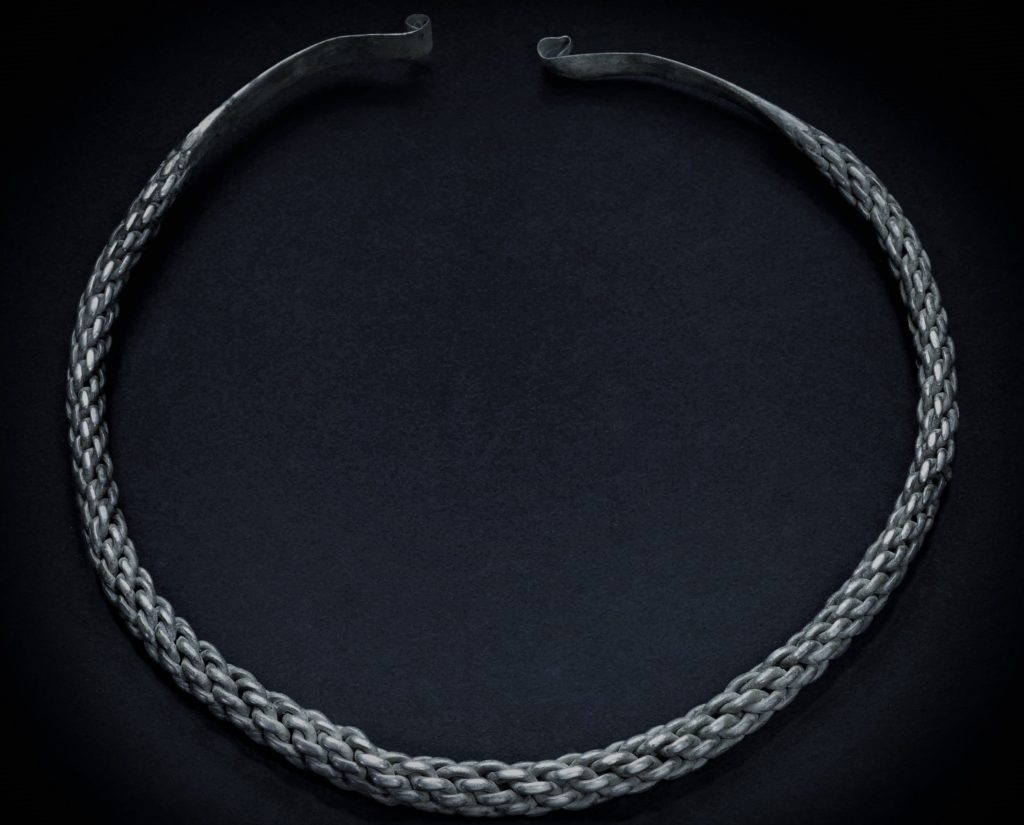